Horcruxes play a big role in Harry Potter. These are something that a Witch or Wizard use to hide a part of their soul. The reason to use them is in order to become immortal, like we saw Lord Voldemort attempt to do. We have put together a Horcrux quiz, which will let you know the item that yours would be.

What Would Your Horcrux Be?

INSTRUCTIONS: We will give you some questions about yourself and you need to answer them honestly. At the end, we will pair you with a magical item or creature that you would use as your Horcrux.

The Golden Snitch would be the perfect pick for athletes and those who love Quidditch. If you catch it during a game of Quidditch, your team receives 150 points and the game ends.

The advantage of it as a Horcrux is that it would be very difficult to catch. So even if someone was able to find it, it could fly away and escape. It is also a pretty small item, which you could easily hide.

For those who love magical creatures, a great option would be a dragon. We saw Lord Voldemort use a snake for his Horcrux, so why not use a dragon for yours? We saw dragons featured on multiple occasions during the series. This includes during the first task in the Triwizard Tournament. There was also one guarding the vaults at Gringotts bank.

What is the most important tool that a Witch or Wizard has? That would be their wand. It might not be the worst idea to have your wand serve as a Horcrux.

The advantage of this would be that it is something that you would keep very close to you at all times. This could also be a disadvantage as it would be easy for someone to find it if they were chasing down your Horcruxes.

On a related note, make sure to take our Harry Potter Wand quiz, which will let you know the core that you would have.

If potions is your thing, a Bezoar might make a great option. If you don’t know what it is, it is something that is taken from the stomach of a goat. It serves as an antidote to poisons and is something that students at Hogwarts are taught about.

The advantage of this is that someone would likely not expect this to be a Horcrux. We often see flashy items used but this is something that is fairly common and people would not know to look for it.

If Herbology is your thing, a great option could be a Mandrake. You likely remember them as the plant that had a vicious scream that was learned during Herbology class.

The advantage of this is it had a scream that can be fatal to anybody who hears it. This serves as an extra layer of protection for anybody who is trying to destroy your horcruxes.

Here is a list of all the Horcruxes from the series.

The Diary of Tom Riddle

Tom Riddle transformed a diary into a Horcrux when he was a student at Hogwarts. This diary eventually led to Ginny Weasley opening the Chamber Of Secrets.

Harry Potter was able to destroy the diary by using a Basilisk’s Fang.

The Ring Of Marvolo Gaunt

Tom Riddle transformed the ring of Marvolo Gaunt into a Horcrux in his younger years. This was a ring that was passed down among the male members of the Gaunt family until it was stolen by Riddle.

Albus Dumbledore was able to destroy the ring by using the Sword of Gryffindor. This cursed him which eventually led to his death.

The Locket Of Salazar Slytherin

Tom Riddle transformed the locket of Salazar Slytherin into a Horcrux in his younger years. It was jewelry that was owned by Salazar Slytherin, who is one of the founders of Hogwarts. Riddle got it into his possession after murdering Hepzibah Smith, after she showed it to him while he was working at Borgin and Burkes.

Ron Weasley was able to destroy the locket by using the Sword of Gryffindor.

The Cup Of Helga Hufflepuff

Tom Riddle transformed the cup of Helga Hufflepuff into a Horcrux in his younger years. It was a cup that was created by Helga Hufflepuff, who is one of the founders of Hogwarts. Like the locket, Riddle got in into his possession after murdering Hepzibah Smith, after she showed it to him while he was working at Borgin and Burkes.

Ron Weasley was able to destroy the cup by using a Basilisk’s Fang.

The Diadem Of Rowena Ravenclaw

Tom Riddle transformed the diadem of Rowena Ravenclaw after convincing the Grey Lady to reveal its location. This was a necklace that once belonged to Rowena Ravenclaw, who was one of the founders of Hogwarts. Riddle killed a peasant in order to turn it into a Horcrux and hid it in inside of the Room of Requirement.

The Diadem was destroyed after getting engulfed by the Fiendfyre that was in the Room of Requirement.

Nagini was the snake who served at the side of Lord Voldemort. He turned it into a Horcrux after he killed Bertha Jorkins, who was an employee at the Ministry of Magic. Nagini killed many people for Voldemort, including Severus Snape.

Neville Longbottom was able to kill Nagini while using the Sword of Gryffindor.

When Lord Voldemort first attempted kill Harry Potter, it backfired and he accidentally turned Harry into a Horcrux. There is some debate as to whether Harry counts as an actual Horcrux but we will leave that up to you.

So, what did you get on our Horcrux quiz? Let us know in the comment section below.

Make sure to also check out our Patronus quiz, which will pair you with an animal that yours would take the form of. 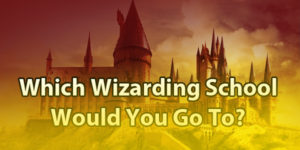 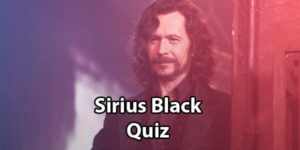