Instructions: All you have to do is answer the trivia questions below and at the very end of the quiz, it will let you know what you scored. Please hit ‘Continue’ on the bottom to move on to the next question.

What was the core of Ron Weasley's wand made of?

What is Ron's middle name?

How many total siblings does Ron Weasley have?

What is Ron Weasley's Patronus?

Which sister did Ron take to the Yule Ball?

What is the only thing that Ron does NOT see when looking into the 'Mirror Of Erised'?

Which piece does Ron play as during the chess game in the Philosopher's stone?

What did Dumbledore leave for Ron in his will?

How many children did Ron and Hermione have together?

What are the first words that Ron says to Harry in the Philosopher's Stone?

Here is some more context on the answers (but please only read AFTER you have taken the quiz). This section is for if you got any of the Ron Weasley trivia questions wrong.

1) What was the core of Ron Weasley’s wand made of?

Ron’s middle name is ‘Bilius’. Ron was named after his uncle Billius but it is unclear if it is Arthur or Molly Weasley’s brother. Uncle Bilius is described in the books as always making jokes and loved to have a good time. When you hear ‘Ronald Bilius Weasley’, chances are that he is in some trouble from his mom.

3) How many total siblings did Ron Weasley have?

Ron had 6 siblings: Bill, Charlie, Percy, Fred, George, and Ginny. Ron is the second youngest, right ahead of Ginny. All of the siblings attended Hogwarts and were sorted into the Gryffindor house. Ron loved all of his siblings, which was shown throughout the series.

4) What is Ron Weasley’s Patronus?

5) Which sister did Ron take to the Yule Ball?

Ron took Padma Patil to the Yule Ball and Harry Potter took Parvati Patil. Both Harry and Ron end up spending the Yule Ball sulking in the corner instead of having a good time. Ron originally wanted to take Hermione but she had already accepted an invitation from Viktor Krum.

6) What is the only thing that Ron does NOT see when looking into the ‘Mirror Of Erised’?

The answer is his family all together. He sees himself as Head Boy, Quidditch Captain, and holding the Quidditch World Cup. This shows his love of Quidditch and also his desire to succeed like some of his family members. It also shows us how much he loves his family as he sees them all together with him.

7) Which piece does Ron play as during the chess game in the Philosopher’s stone?

Ron plays as a knight during the chess game and ends up sacrificing himself for the team. As a result of his actions, Ron is awarded 50 points for Gryffindor by Dumbledore. It is assumed that Ron learned to play Wizard chess from his siblings.

8) What did Dumbledore leave for Ron in his will?

In his will, Professor Dumbledore left Ron his ‘Deluminator’. Here is a quote from

First, to Ronald Billius Weasley, I leave my Deluminator, a device of my own making in the hope that when things seem most dark, it will show him the light.”

Ron ended up using the Deluminator to find his way back to Harry and Hermione during Deathly Hallows.

9) How many children did Ron and Hermione have together?

10) What are the first words that Ron says to Harry in the Philosopher’s Stone?

Ron says “excuse me” to Harry and sits on the train with him. As a result, the two of them ended up sitting together and became lifelong friends. Their friendship would last through many adventures and they even defeated the Dark Lord together. As a result, it is a good thing that Ron picked the right place to sit on his first day.

Here are some extra tidbits of trivia that we couldn’t find a spot for in our Ron Weasley quiz. This includes some facts about Rupert Grint and the character of Ron.

The Creation Of The Ron Weasley Character

Here are a few tidbits about how the character of Ron was created, including who JK Rowling based him on.

1) According to Biography.com, JK Rowling based the character of Ron on her real-life best friend, Sean Harris. Rowling also dedicated the Harry Potter and the Chamber of Secrets book to Harris. The dedication reads: “For Séan P. F. Harris, getaway driver and foul-weather friend”.

2) During an interview, Rowling revealed that Sean owned a Ford Anglia when they were younger. This is the same car model that Ron borrows from his Dad to pick up Harry from the Dursley’s. She says that some of the happiest moments of her life came while riding in Sean’s Anglia. She says that Harry was rescued by the car and so was she.

4) Pottermore says that Ron Weasley was one of the very first characters that JK Rowling created when she was brainstorming the series. It is also noted that Ron’s name never changes from the original drafts to the first book that was published. He is one of the few characters that didn’t have their name altered at some point.

Behind The Actor, Rupert Grint

Here are a few additional details about Rupert Grint and the casting of the role of Ron.

5) Rupert Grint didn’t have any professional acting experience prior to his audition for the role of Ron but he reportedly had a few school plays under his belt.

6) Grint submitted a videotape of him rapping for his audition, explaining why he was a great fit for the character of Ron. Everyone must have loved it because he was eventually given the part.

7) A fun fact is that Rupert Grint has admitted to suffering from arachnophobia in real-life, which is the same as Ron Weasley. For those wondering, Arachnophobia is the fear of spiders. JK Rowling admitted in a 2000 interview that her boggart would likely be the same (as both Ron and Rupert) as she also hates spiders.

9) Grint has taken the Pottermore quiz a few times and admits that it has sorted him into Hufflepuff every time.

10) As revealed in our Hermione trivia, Ruper Grint and Emma Watson found out together that they won their respective roles in the series. A bit of irony as the characters of Ron and Hermione ended up getting together at the end of the series.

11) During an interview, Rupert revealed that he seriously considered quitting the series around the fourth film. This was because he wanted to be a regular kid and was sick of the paparazzi always being around him.

12) When Rupert first got the role of Ron, his father sold racing memorabilia for a living and his mom was a homemaker.

Rupert Grint and Ron Weasley Are In Rare Company:

14) Rowling has revealed that Rupert Grint is one of the “Big Seven” who she refers to in private. These are the seven actors/ characters who she considers to be the core of the entire series. The rest of the names are Daniel Radcliffe (Harry Potter), Emma Watson (Hermione Granger), Tom Felton (Draco Malfoy), Bonnie Wright (Ginny Weasley), Matthew Lewis (Neville Longbottom), and Evanna Lynch (Luna Lovegood).

Some Additional Tidbits About Ron

Here are some additional things that we couldn’t fit on our Ron Weasley quiz but found interesting.

15) Rowling admitted in an interview that she once considered killing off Ron during the series. This was when she was in a dark place in her life but she ultimately didn’t end up going through with it.

18) Ron was given a Cleansweep 11 broomstick after being named a Prefect in his fifth year at Hogwarts. He ended up using this broomstick when he played Keeper for the Gryffindor Quidditch team.

19) On Pottermore, JK Rowling revealed that her book editor did not allow any swearing in her books. As a result, she had to change how she wrote Ron as she always imagined him as a boy who would swear a lot.

20) In an interview, Rowling says that Ron received his own chocolate frog card and says that he would describe the achievement as “his finest hour”.

22) Ron has a pet owl named Pigwidgeon, which was given to him by Sirius Black as a replacement for Scabbers. In Goblet of Fire, it is revealed that Ginny named him.

23) Ron worked as an Auror alongside Harry for two years after the Battle of Hogwarts. After two years, he quit being an Auror to help George manage Weasleys’ Wizard Wheezes.

The Impact Of Ron

Here are some additional notes about the impact of the character.

24) The character of Ron Weasley shares a lot of the same qualities that a traditional ‘sidekick’ would in other literary works. He is a great foil for Harry and Hermione, providing them with a more humorous and light-hearted perspective.

25) Empire Online ranks Ron as the second greatest Harry Potter character of all time. They only have him behind Severus Snape.

26) IGN ranks Ron as the third best character in the Potter franchise. He is only behind Harry and Hermione.

How did you score on our Ron Weasley quiz? Let us know in the comment section below and share it with your friends to compare your knowledge of the character! Make sure to also let us know what your favorite quote or moment from Ron was from the series. My personal favorite scene is probably when Ron plays wizarding chess but there are so many good ones to choose from. 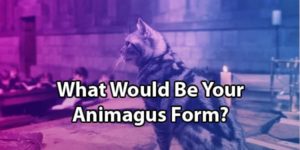 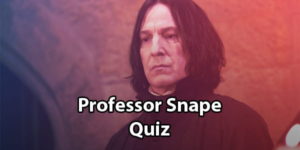