Professor Snape is one of the main characters in the Harry Potter series. He was a complex character and we later found out that he was one of the real heroes of the entire story. Snape serves as the potions professor for most of the series and later teaches Defense Against The Dark Arts. As we find out, he also works as a double agent for Dumbledore against Lord Voldemort. We have put together a challenging Severus Snape quiz for you to test your knowledge of his best quotes and biggest moments. As a result, only his biggest fans will be able to get a perfect score. We have also included some extra trivia tidbits at the end that we couldn’t find a spot for on the quiz. This will be your hub for everything to do with one of the most interesting characters in the entire series.

Instructions: All you have to do is answer the trivia questions below and at the very end of the quiz, it will let you know what you scored. Hit the ‘Continue’ button at the bottom to move on to the next question.

What was Snape's patronus?

Which Hogwarts student had their Boggart turn into Snape?

Where did Snape grow up?

What name did James Potter and Sirius Black call Snape to mock him when they were growing up?

Which spell did Harry attempt to cast at Snape, right before it was revealed that he was the half-blood prince?

Who does Snape say this to during the Order of the Phoenix: "it may have escaped your notice, but life isn’t fair"

How many siblings did Snape have?

Where did Snape die?

What were Snape's final words to Harry Potter before he died?

Here are some more details on the answers (but only read AFTER you have taken our Severus Snape quiz). This will provide you some more context on the Snape trivia questions that you got wrong.

1) What was Severus Snape’s patronus?

Snape’s Patronus was a doe, which was the same as Harry Potter’s mother, Lilly. This was revealed during the final book/movie, when it was revealed that Snape had always been in love with Lily Potter.

This is false as Snape’s dad was a muggle and his mother, Eileen Prince, was a pure-blood witch. As we find out later, Snape would use his mom’s maiden name for his moniker, the ‘Half-Blood Prince’. This would go on to become the title of the 6th book and movie in the series.

3) Which Hogwarts student had their Boggart turn into Snape?

Neville Longbottom‘s Boggart turns into Snape during the Prisoner of Azkaban. He is able to put him in a dress after using the correct spell. A Boggart is what you are most afraid of, which shows you how scary Snape really was.

4) Where did Snape grow up?

Snape grew up in Spinner’s End, which is a suburb of Cokeworth. The scene where Snape and Draco Malfoy‘s mother make the unbreakable vow is at Spinner’s end.

5) What name did James Potter and Sirius Black call Snape to mock him when they were growing up?

Snape was called ‘Snivellus’, which was a play off his real name, ‘Severus’. This was a mean nickname that James Potter and his friends called him, which increased Snape’s dislike for them. This is one of the examples of James and his buddies bullying Severus. As a result, you can see why he disliked Harry so much at some points because he reminded him of James.

6) Which spell did Harry attempt to cast at Snape, right before it was revealed he was the half-blood prince?

Harry Potter attempted to cast ‘sectumsempra’ at Severus Snape but it was easily blocked. After he blocked it, Snape cursed Harry for attempting to use his one spell against him. Harry also used this spell on Draco Malfoy, which caused him to bleed in the bathroom. Draco would have died if it wasn’t for Snape finding him in time and reversing the spell.

7) Who does Snape say this to; “It may have escaped your notice, but life isn’t fair”

Snape says this to Harry Potter during the Order of the Phoenix. This was during one of Harry’s Occlumency lessons with Snape.

8) True Or False: Snape had a brother

Snape died at the Shrieking Shack. This came as a result of him getting bit in the neck by Voldemort‘s snake, Nagini. You might remember the Shrieking Shack from when Harry, Ron, and Hermione learn that Sirius Black was actually a good guy. They also learn that Ron’s rat, Scabbers, was really Peter Pettigrew.

10) What were Snape’s final words to Harry Potter before he died?

Snape’s final words were “you have your mother’s eyes”. This was a reference to Snape being in love with Lily Potter for his entire life. As a result, Snape gave Harry his memories to take to the pensieve. In these memories, we find out a ton about Snape’s life and it was a big shock to many people. We found out that instead of being one of the biggest villains of the series, he was actually one of the greatest heroes.

In this section, we have added some extra tidbits and facts about the Snape character and Alan Rickman. This was designed to provide some extra stuff that we couldn’t fit on our Severus Snape quiz.

Details On The Name Of Severus Snape

Here are some additional tidbits about the Etymology of Snape.

1) In Latin, ‘Severus’ translates directly to ‘stern’. We have to imagine that this was intentional from JK Rowling as it perfectly describes what he was like as a teacher. Snape was extremely strict with students as was demonstrated multiple times throughout the movies and books.

2) It turns out that there are also multiple saints from history who had the name, Severus. This represents the good that we found out was in his character in the end.

3) During an interview in 2000, Rowling revealed that the name ‘Snape’ was inspired by a “place in England”. Speculation is that this is in reference to Snape village in Suffolk but that isn’t confirmed. As of 2011, the population of the village is around 600 people.

4) The Online Etymology Dictionary says that ‘Snape’ means “to be hard upon, rebuke, revile, snub”. That seems to fit the character pretty well.

Background Details On The Snape Character

So how did JK Rowling come up with the character of Snape? It turns out that she had some inspiration from her time as a student:

5) Rowling revealed that Snape is loosely based on a teacher that she had in her childhood. The teacher’s name was revealed to be John Nettleship and he did look a lot like how the character was described. Nettleship was the head of science at the Wyedean School and taught Rowling Chemistry while she attended the school.

6) During an interview, Nettleship revealed that he was first alerted to the comparison when a reporter came to his door and asked “you’re Professor Snape aren’t you?”. He told his wife that some people think that he is Snape and she responded by saying that she knew but didn’t want to tell him.

7) Despite being initially put off by the comparison, it is said that Nettleship reportedly grew to not mind it. Nettleship passed away in 2011 after a battle with cancer.

8) Rowling has said that chemistry was her least favorite subject when she was in school. As a result, she decided to make Snape the potions teacher, which is the wizarding equivalent of chemistry.

Some Additional Tidbits About The Character

Here are some additional tidbits that we couldn’t fit on our Severus Snape quiz but found interesting.

9) In various interviews, Rowling has said that Snape was one of the characters that she had the most fun writing.

10) Snape was born on January 9th, 1960. That means he shares a birthday with Kate Middleton, Richard Nixon, Jimmy Page, and Nina Dobrev.

11) On Twitter, JK Rowling was asked what Snape would smell like. She responded by saying “bitterness and old shoes”.

12) There was a fan theory floating around that suggested Snape was a vampire. This was because he was often described as looking like a bat, his skin is pale and he is never shown eating. JK Rowling has since refuted this theory, saying that it is not true.

13) Snape is the only Death Eater who can successfully conjure a Patronus. As we found out at the end of the series, this was because Snape had a lot of good in him.

14) Snape’s wand core has never been revealed by JK Rowling.

15) On Twitter, JK Rowling dove into the question of whether or not Snape was good or bad. She responded by saying that he is all grey. Fans shouldn’t consider him a saint as he bullied students and did other rotten things throughout the series. Fans also shouldn’t consider him the devil since he did save the Wizarding world. As a result, he seems to be a true example of a character who doesn’t fall in the traditional category of good or evil.

Alan Rickman has been heavily praised for his portrayal of the character. Here are some additional tidbits about Rickman and Snape.

16) JK Rowling revealed in an interview that she talked to Alan Rickman early on about the true direction of Snape. She wanted Rickman to know where the bitterness behind the character comes from while he acted. As a result, Rickman was the only other person who knew that Snape was in love with Lily before the books came out. He ended up keeping the secret and it wasn’t revealed until the final book came out.

17) David Heyman (a Harry Potter producer) has said that Rickman would sometimes refuse to do a scene in a certain way. That was because he knew where Snape’s character arc was going and they didn’t.

18) In 2018, some letters from Rickman’s personal collection were released to the public. These letters revealed that Rickman was sometimes frustrated with playing the Snape character and how it was directed by David Yates.

19) Actor Tim Roth was offered the part of Snape before Rickman but turned it down for a role in Planet Of The Apes. Roth has praised Rickman’s portrayal of Snape and says that it was much different than what he was planning for the character.

20) Rickman passed away on January 14th, 2016 at the age of 69. This came after a battle with pancreatic cancer. Many of his Harry Potter co-stars took to social media to mourn his passing. As did Rowling, who said that she was “shocked and devastated” after hearing the news.

The Impact Of Snape

Here are some additional details on the impact that the character has had.

21) In a 2011 poll done by Bloomsbury, Snape was voted on as the favorite character in the entire Harry Potter series. Out of 70,000 votes, Snape took home 20% to win. He beat out Hermione, who finished in second place.

22) In a 2011 poll done by MTV News, Snape was voted as the greatest Harry Potter character.

23) Empire Online ranked Snape as the greatest character in the entire series (which also includes characters from Fantastic Beasts).

How did you score on our Severus Snape quiz? Let us know in the comment section below and share it with your friends to compare your knowledge of the character! Also, make sure to let us know some of your favorite Snape quotes in the comment section below. Personally, I have to go with the scene where Harry views all of Snape’s memories in the final movie. I remember this being such an incredible reveal and it was extremely well done. I watched the movie before reading the books, so you can imagine how much this scene hit me the first time I watched it. 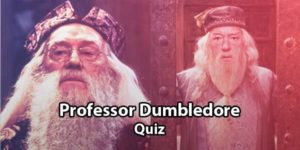