Harry Potter And The Philosopher’s Stone was the very first movie in the series. This movie (and the books for many) introduced fans to the world of magic that we all fell in love with. The movie focuses on Harry’s first year at Hogwarts. We have put together a difficult Harry Potter And The Philosopher’s Stone quiz for you to test your knowledge. As a result, only the biggest fans will be able to get a perfect score. We have also included some additional bits of trivia at the end that we couldn’t find a place for on our quiz. Note: This only focuses on the movie and not the book.

Instructions: All you have to do is answer the trivia questions below and at the very end of the quiz, it will let you know what you scored. There are 10 questions and you have to hit ‘continue’ to go to the next question.

What year did the Harry Potter and the Philosopher's Stone movie get released in theatres?

Who is the first character to speak in the Harry Potter and the Philosopher's Stone movie?

How old was Harry Potter in the first movie?

How many birthday presents did Dudley Dursley receive, which he said was one less than last year?

Which spell did Ron Weasley use to defeat the troll in the bathroom?

Who was the first student to be sorted in Harry Potter's class?

What was the Fat Lady's password to get into the Gryffindor common room in the first movie?

What is the name of the three-headed dog that guards the door?

How many points did Gryffindor score in Harry Potter's first-ever Quidditch match against Slytherin?

What is Harry Potter's final line of the Philosopher's Stone movie?

Here are some more details on the answers (only read AFTER you have taken the quiz). This provides some more context to the answers to the quiz to help if you are confused.

1) What year did the Harry Potter and the Philosopher’s Stone movie get released?

2) Who is the first character to speak in the movie?

Albus Dumbledore is the first person to speak in the first Harry Potter movie. He says, “I should have known that you would be here, Professor McGonagall“. This came during the scene where Dumbledore, McGonagall, and Hagrid drop Harry off at the Dursley’s house.

3) How old was Harry Potter in the first movie?

Harry is 11 years old during the Philosopher’s Stone. We know this because Hagrid brings him a cake to celebrate his 11th birthday in one of the opening scenes. 11 also happens to be the age that children can attend Hogwarts for their first years, as we saw play out in the movie.

4) How many birthday presents did Dudley Dursley receive, which he said was one less than last year?

Dudley received 36 presents on his birthday, which Vernon Dursley counted himself. Dudley ended up complaining and his mom said that they would buy him two new presents to make up for it.

5) Which spell did Ron Weasley use to defeat the troll in the bathroom?

Ron Weasley used ‘Wingardium Leviosa’ to defeat the troll in the bathroom scene of the movie. This came as a result of Ron lifting the troll’s club with the spell and dropping it on his head.

6) Who was the first student to be sorted in Harry Potter’s class?

Hermione Granger was the first student to be sorted in Harry’s class. She ended up going to Gryffindor and the sorting hat didn’t wait very long to announce it.

7) What was the Fat Lady’s password to get into the Gryffindor common room in the first movie??

The Fat Lady’s password was ‘Caput Draconis’. The other passwords listed were also used as passwords from the Fat Lady but not during the first movie. Also, if you are wondering, Caput Draconis translates to Dragon’s Head.

8) What is the name of the three-headed dog that guards the door?

The name of the three-headed dog was ‘Fluffy’. Fluffy’s biggest weakness was its inability to resist falling asleep to the sound of music as we saw during the film. This is not to be confused with ‘Fang’, which is the name of Hagrid’s dog that shows up throughout the series.

9) How many points did Gryffindor score in Harry Potter’s first-ever Quidditch match against Slytherin?

Gryffindor scored 170 points in Harry’s first-ever Quidditch match. His team was stuck on 20 points before Harry caught the Golden Snitch (worth 150 points).

10) What is Harry Potter’s final line of the movie?

Harry says “I’m not going home, Not really” to close out the first movie. This came during the train scene where Harry says goodbye to Hagrid. As a result, the movie ended on a feel-good moment and left fans wanting more!

Here are a few extra tidbits about the movie, including box office results, critical review, and also award nominations:

Some notes on how the film did at the box office and also about the response from critics.

1) According to Hollywood.com, the movie made $32.3 million in the United States on opening day. This broke the record that was held (at the time) by Star Wars: Episode One – The Phantom Menace, which opened to $28.5 million in 1999. The Philosopher’s Stone made a total of $93.5 million in the opening weekend.

3) This was the highest-grossing film of 2001, beating out The Lord of the Rings: The Fellowship of the Ring by a few million dollars.

5) The movie has an 81% rating on the TOMATOMETER from Rotten Tomatoes based on 197 critical reviews. The film also has an audience score of 82% based on over a million votes (as of 2019).

Directors Notes About The Film

Some behind-the-scenes details on some directors that were considered for the movie.

8) Steven Spielberg was reportedly in talks to direct the film but he ended up turning it down. As a result, Chris Columbus ended up directing this film and the sequel, Chamber of Secrets.

9) According to a report, Spielberg’s original vision was for the series to be adapted into several animated films. He also wanted to combine some of the books together.

11) Terry Gilliam was reportedly Rowling’s first choice to direct the movie but the studio ended up going with Columbus instead.

Casting Notes About The Film

Some behind-the-scenes details on some actors who were almost cast in various roles in the series and more.

12) JK Rowling was reportedly offered the role of Lily Potter in the Mirror of Erised scene but turned it down. As a result, Geraldine Somerville ended up playing Lily in all of the movies.

13) According to IMDB, Rosie O’Donnell wanted to play Molly Weasley and Robin Williams wanted to play Hagrid. They both ended up not getting the roles because Rowling wanted an all-British cast.

14) Tom Felton auditioned for the roles of both Harry Potter and Ron Weasley. Felton ended up being cast as Draco Malfoy and he has been praised for his performance. In an interview, Felton admitted that he is happy that he didn’t get cast in either of their roles in retrospect and says that he would be a much different person if he was.

15) David Thewlis revealed in an interview that he auditioned for the role of Professor Quirrell in the first movie. He didn’t get the role but would later be cast as Professor Lupin and went on to have a big role in the rest of the movie franchise.

16) IMDB says that Drew Barrymore was supposed to have a small cameo in the original draft of the movie. The cameo ended up getting cut from later drafts of the film.

17) William Moseley was nearly cast in the role of Harry Potter. Moseley would later be cast in a major role in the Chronicles of Narnia series.

18) The movie’s runtime is 2 hours and 32 minutes. The extended edition also adds about 7 minutes of extra footage, giving it a runtime of 2 hours and 39 minutes.

How did you score on our Harry Potter And The Philosopher’s Stone quiz? Let us know in the comment section below and also make sure to share with your friends to compare your knowledge of the movie. Anything that you share helps us out and allows us to provide you with more quizzes! We also want to hear what your favorite scene or quote is from the movie. My personal favorite scene is when Ron is playing Wizarding Chess. 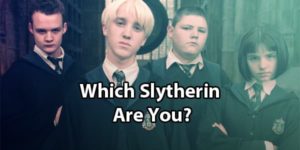 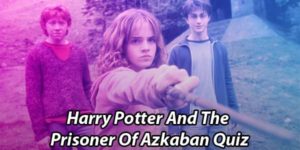