Are you a lover of both cats and Harry Potter? If so, you have come to the right place. We have put together the ultimate Harry Potter cat quiz for you to take. Answer the questions about your kitty and we will let you know the Hogwarts house that they would belong to. We have also included some inspiration if you want to name your kitten after someone from the series.

Harry Potter Cat Quiz: Where Would Your Kitten Be Sorted Into?

Instructions: Answer the questions about your cat’s personality and we will let you know the Hogwarts house that it would be sorted into. It will move you on to the next question automatically, so it should be easy to navigate.

Here is a list of some of the most notable cats from the series and also a bit more about them.

Crookshanks is the pet cat that was owned by Hermione Granger. He is definitely one of the most well-known felines from the entire series and made multiple appearances in the books and movies.

Mrs Norris is the pet cat that was owned by Argus Filch, who worked as the Hogwart’s caretaker. Along with Crookshanks, she is one of the best-known felines from the series. She was also the first victim of the basilisk that was living in the Chamber of Secrets.

Mr Tibbles, Snowy, and Tufty are the names of the three cats that were owned by Arabella Figg.

Fuzzclaw is the cat of Rowan Khanna, who is from the Hogwarts Mystery video game.

The Cat That Was Owned By Millicent Bulstrode

Another cat from the series is the one that was owned by Millicent Bulstrode, who is a Slytherin Student. This is the cat that Hermione turned into when she accidentally used its hair for the Polyjuice Potion.

The Cat That Was Owned By Madam Rosmerta

Another one from the series is Madam Rosmerta’s cat. It was mentioned in the Half-Blood Prince book prior to the Battle of the Astronomy Tower.

The Cat That Was Owned By The Potter’s

It turns out that Lily and James Potter had a cat. This is mentioned in the Deathly Hallows book as Lily writes a letter to Sirius Black, telling him that Harry nearly killed the cat with the toy broomstick that Sirius got him.

The Cat That Was Owned By Sybill Trelawney

Sybill Trelawney had a pet cat in her Divination classroom in the Prisoner of Azkaban movie.

Here are some ideas if you are looking to name your cat after someone from the series.

Names That Are Obvious References To The Series

— Crookshanks: For all the Hermione fans out there, this would be an obvious tribute.

— Mrs Norris: Every Harry Potter fan would get this reference if they came to your house and saw you had a kitty named Mrs Norris.

— Minerva: Professor McGonagall can transform into a cat, so it might make sense for you to pay tribute to her. It is also the form of her Patronus Charm. She plays a massive role in the series and it would be a pretty cool name.

— Dolores: You can name your cat after Professor Umbridge, whose Patronus takes the form of a cat. This only applies if they are really grumpy/ mean as she plays the role of a villain. Umbridge would also work in this situation.

— Bellatrix: This just sounds like a great cat name, even if it is inspired by one of the evilest Witches in the entire series. This would require your cat to be a bit evil.

— Harry: If you want to go super obvious, you could name your cat Harry after the main character of the series. This would apply if you have a cat that sheds a lot or has a lot of hair. It also could be an ironic name if you have a cat without any hair.

— Fleur: Is your kitty beautiful? If you, you might want to name it after Fleur Delacour, who is part-Veela. She is best known for being the Triwizard Tournament Champion of Beauxbatons Academy of Magic.

— Dobby: Every Harry Potter fan will get this reference but I think it would make for a funny name for a cat.

A Bit More Subtle References To The Series

— Tonks: If your cat is clumsy, you may want to name it after Nymphadora Tonks. She is best known for being a member of the Order of the Phoenix and for her work as an Auror. Sounds like a cute name for a kitty and also a not-so-obvious reference to the series.

— Cedric: If your kitty is extremely kind and loyal, you might want to name it after Cedric Diggory. He was someone who was very loyal, kind, and someone who valued fair play.

— Luna: This would be a great name to honor one of the most popular characters from the series, Luna Lovegood. It would be a name that isn’t too obvious of a Harry Potter reference but hardcore fans would appreciate it. Luna also loves animals, so I think it would be a great fit.

— Lily: After Lily Potter, who sacrificed herself to save her son, Harry Potter. Lily is a great name for a female cat and is a not-so-obvious reference to the series.

What did you get on our Harry Potter cat quiz? Let me know in the comment section below and also on Facebook. We would also love to know if you have ever named your cat after any characters from the series. 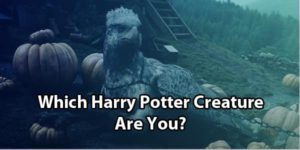 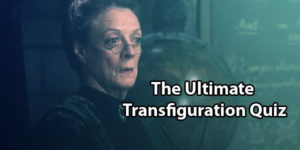